Syria: Parliament Should Have Had A Say On Military Action

I strongly believe that the Prime Minister should have consulted MPs before authorising UK military action in Syria over the weekend. Although Parliament was in recess last week, there would have been time for a recall: President Trump indicated on April 11th that the US was likely to take military action, but the strikes did not actually take place until the early hours of April 14th. 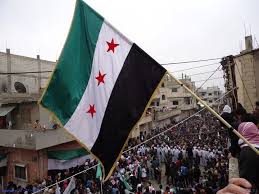 As you may have seen in the news, there was an urgent debate yesterday afternoon after the Speaker allowed a Labour motion saying that MPs had “considered Parliament’s rights in relation to the approval of military action by British forces overseas”. Going against the usual parliamentary conventions, Jeremy Corbyn whipped Labour MPs to vote against his own motion.

Jeremy argued that Parliament must take back control of military matters by passing a law requiring the government to seek MPs’ approval before launching military action overseas. We were given a say on UK military action in Syria in 2013 and 2015 by convention and I believe this convention must now be enshrined in law.

As you may be aware, I am an opposition whip and I worked hard all day to ensure that as many MPs as possible voted against the motion, but sadly we ultimately lost by 317 votes to 256.

It has come to my attention that some people believe I opposed Jeremy on this because my name does not appear in the list of MPs who voted against the motion. This is because I was acting as one of the tellers for the ‘no’ lobby. There are always four tellers for every vote in the Commons, two to count the votes in the ‘aye’ lobby and two to count the votes in the ‘no’ lobby.

The tellers’ names don’t appear in the main list of voters as technically we do not vote, but we always act for the side we are supporting. If you look at the full list in Hansard, you will see that our names are listed separately in the top right-hand corner.

In all of this, our ultimate humanitarian priority must be to end the suffering of the Syrian people for good. I can assure you that my Labour colleagues and I will continue to fight for this and hope that a ceasefire, de-escalation and a negotiated political settlement can be achieved as soon as possible.