Today I have written to Jeremy Hunt, the Secretary of State for Health, to express major concerns about the current state of funding for mental health services. You can read my letter in full below.

I have also sponsored an Early Day Motion tabled by my Dulwich and West Norwood colleague, Helen Hayes MP, which outlines our concerns and calls on the Government to take action.

I am aware that there is currently a lot of concern in the constituency over mental health provision for children and young people in particular. This is a crucial issue and I totally agree that supporting children’s mental health should be a priority.

In recent years, referrals to CAMHS have increased by two-thirds nationally and the number of young people presenting to A&E units with psychiatric conditions has doubled, yet two thirds of young people referred to specialist mental health services by their GP receive no help and a third are not even assessed. Despite repeated commitments by our Prime Minister to address this issue, the reality remains that mental health services are inadequate.

Funding arrangements for CAMHS are complex with funds mainly coming from the NHS (via the CCG) and the council. Due to huge cuts to its budget from central government, Lewisham Council has been forced to cut its funding to Lewisham CAMHS by £94k this year and plans to cut £150k over the next two years.

I will be attending a public meeting tonight to listen to people’s concerns and also raised this at a recent meeting with council offices and the other Lewisham MPs. It is vital that young people are able to access appropriate support and treatment at the earliest possible opportunity. I will continue to lobby the council and central government to ensure that this happens. 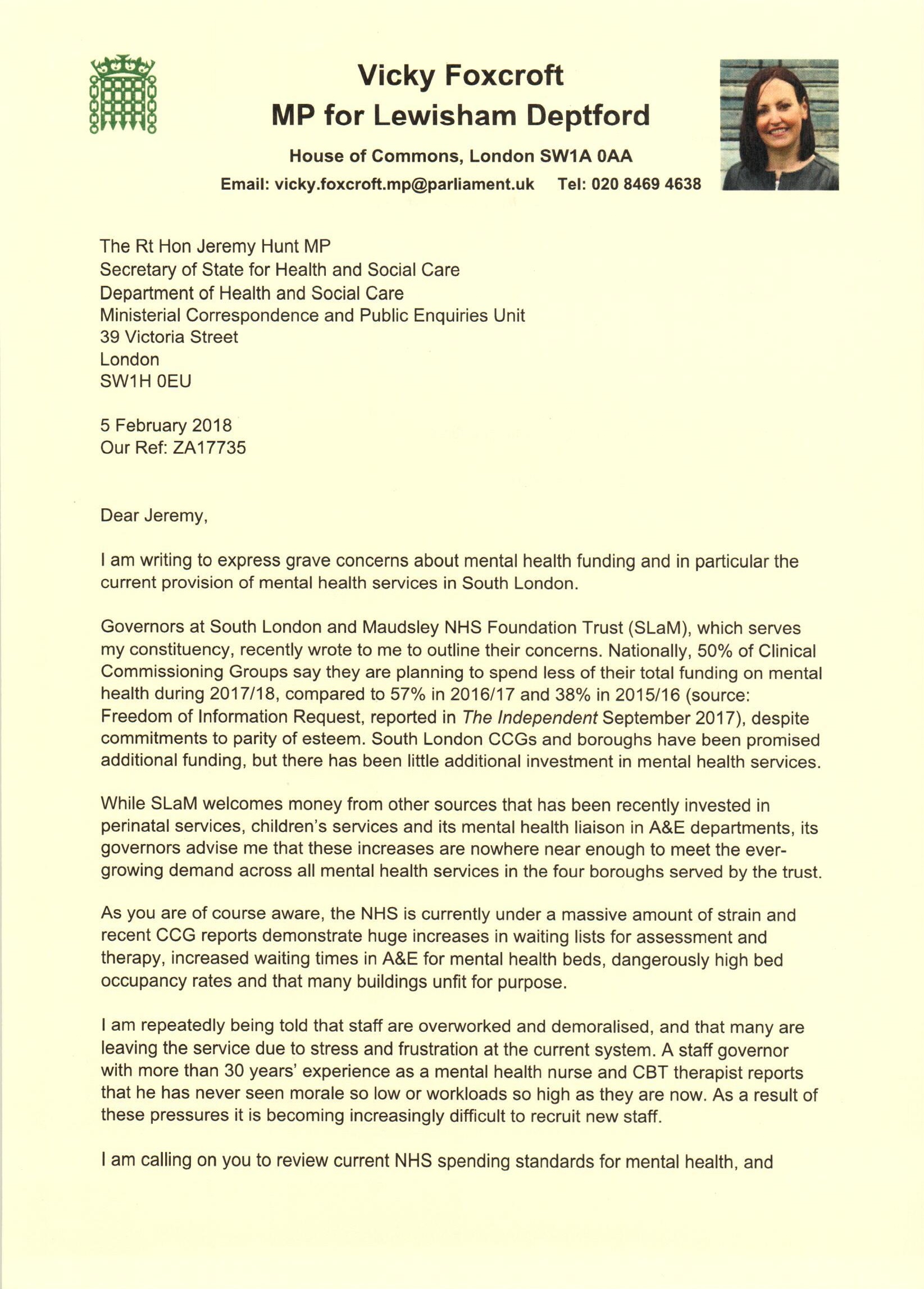 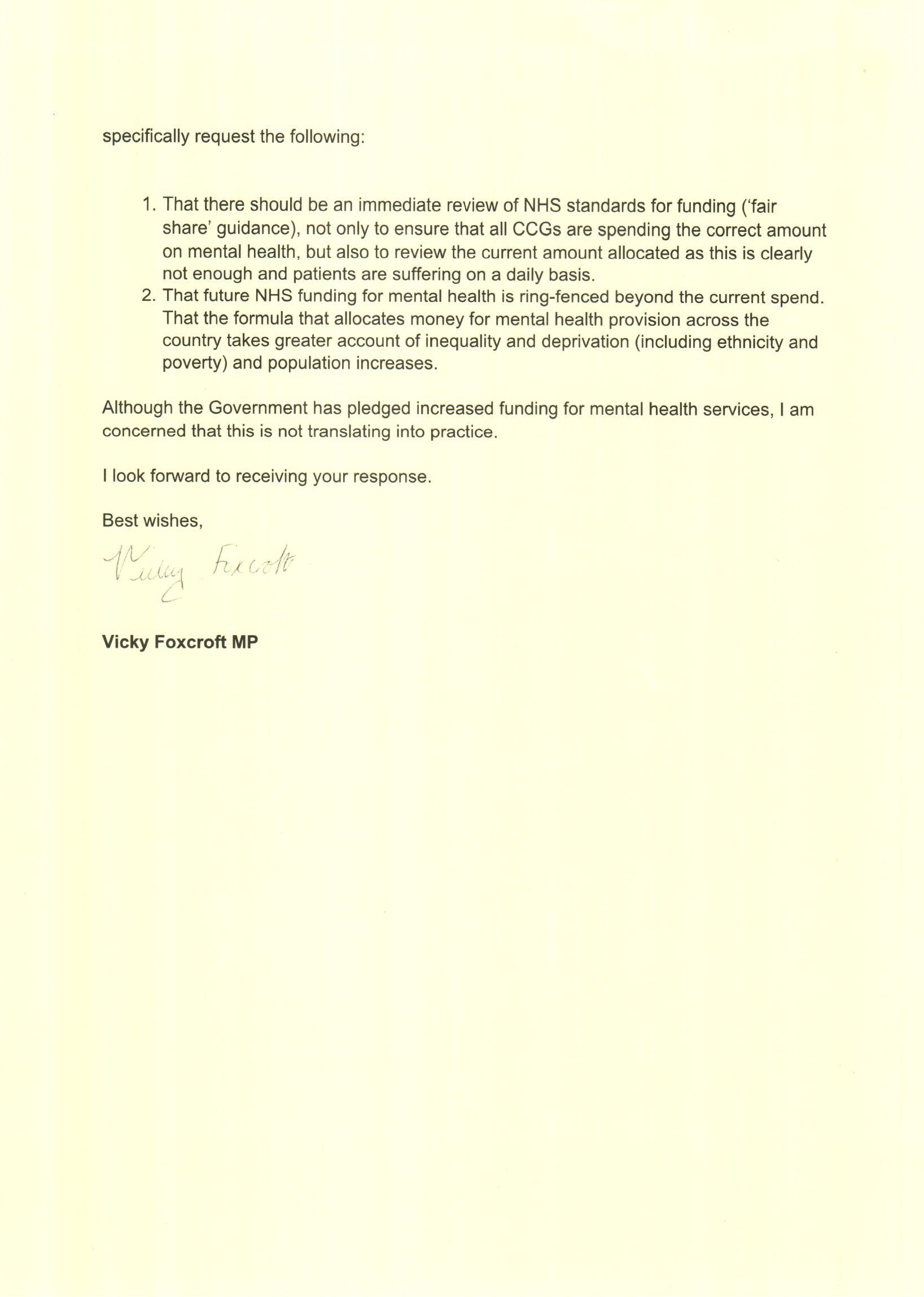