This afternoon I gave the Secretary of State for Defence, Michael Fallon, the opportunity to condemn the entry ban President Trump has recently imposed on seven majority Muslim countries, which the President has flimsily justified under the pretext of national security. Unfortunately the Secretary of State failed to remotely criticise the policy, which has been denounced by the UN as illegal under human rights law, instead choosing to focus only on the impact it has so far had on British citizens. 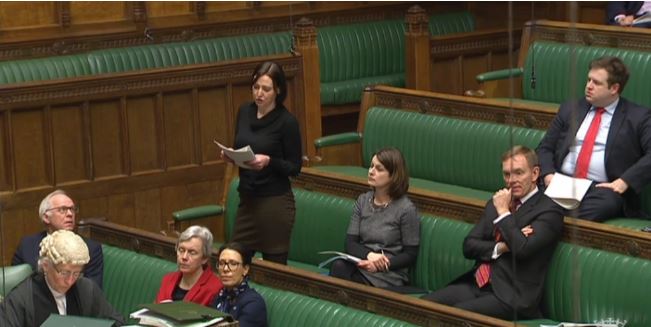 News stories have flooded in over the weekend as the policy has started to affect people across the world, including US green card holders and British and European citizens with dual nationality. The executive order also means Syrian refugees are banned from entry and the entire US refugee admission programme is suspended for 120 days. Trump’s entry ban is racist, inflammatory and contrary to British values and we should not be rolling out the red carpet for any state leader holding such opinions.

Thousands of Lewisham Deptford constituents, along with over one million signatories across the nation, have signed an online petition calling for Donald Trump to be prevented from making an official state visit to the UK. Over the weekend, Jeremy Corbyn called for the visit to be postponed while Trump’s immigration ban was in place and rightfully questioned Theresa May over why she was so quick to invite the President given his recent implementation of such shameful policies. Donald Trump should not be welcomed into the UK on a state visit while he continues to flout our values.

You can watch my question to the Defence Secretary and his response here: