Earlier this month I asked Boris Johnson what discussions the Government has had with the incoming US administration on climate change. His vague response didn’t give any information and prompted me into asking a second question on the matter.

This was answered by Alan Duncan, Minister of State for Foreign and Commonwealth Affairs and the Member of Parliament for Rutland and Melton. 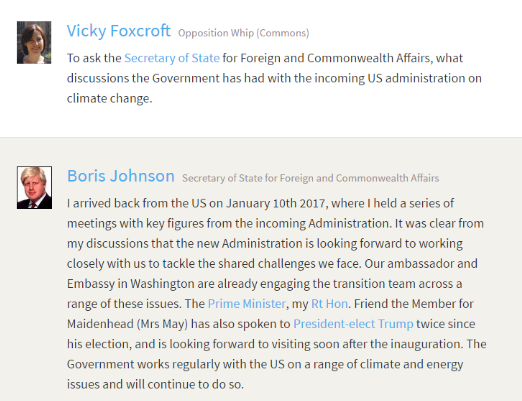 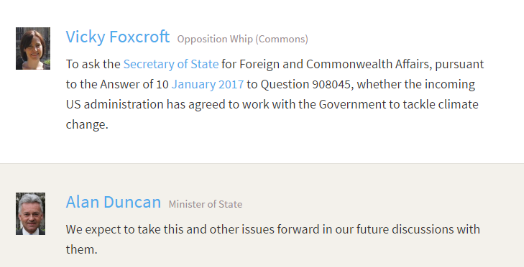 As you can see the Government are having trouble answering the simplest of questions or being honest on the matter.