Today is the International Day for the Elimination of Violence Against Women.

Overall domestic abuse-related crime makes up 8% of total crime. Reported domestic abuse incidents recorded by the MET police have increased year on year from 2007/08, rising over 70% by 2015. More people are reporting this abuse, however many still don’t as they are too afraid. 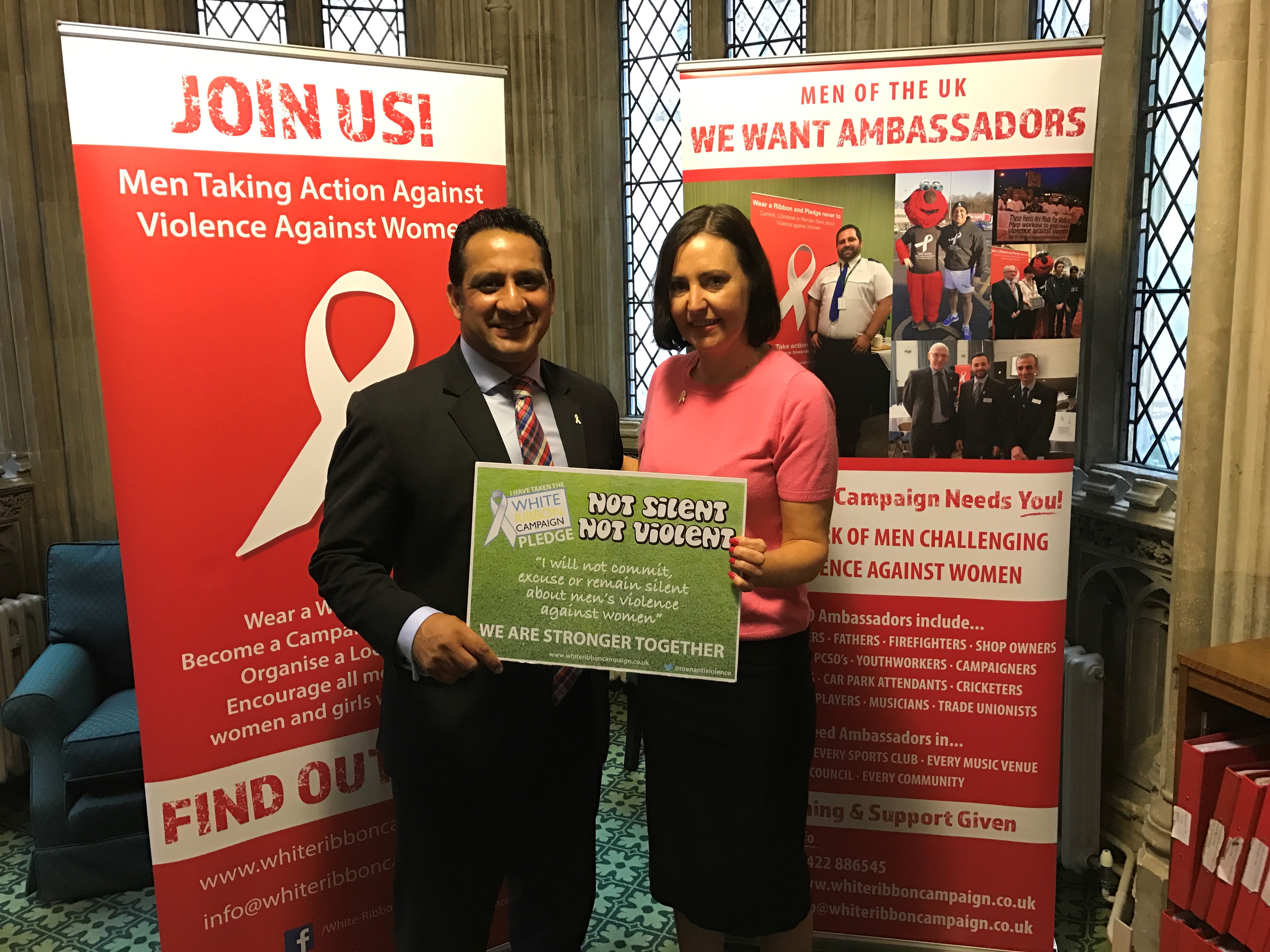 Meeting with the White Ribbon Campaign in Parliament – men working to end violence against women.

On average two women a week are killed by their partner or ex-partner every week in England and Wales. To mark International Women’s day in March, Labour MP Jess Phillips stood in the House the Common and read the name of every woman who had been killed by men in the past year. She read out 120 names and it took over six minutes. This is completely unacceptable in modern day society.

I sit on the All-Party Parliamentary Group on Domestic Violence along with such creditable politicians who work hard to raise awareness and make sure violence against women stays in the public eye. There are also charities such as Refuge, Women’s Aid and the White Ribbon Campaign who are dedicated to ending this type of violence. However, it is still so prevalent and everyone has a role to play in this battle.

We have seen progress in the fight to ending this abuse. At the end of last year coercive or controlling behaviour against an intimate partner or family member was made a criminal offence.

95 out of 100 domestic abuse survivors in one study reported experiencing coercive control, however it can be very hard to identify.  In the first six months the newly introduced law was used just 62 times. This type of abuse can often involve control over normal day to day actions and police are working with Women’s Aid to help recognise these signs.

I believe we need to address this at an early age. Around nine out of 10 secondary school teachers say that they have seen children bullied on sexual harassment grounds. The education system has a huge role to play in ending this type of abuse. Last month I put a question to Education Minister Justine Greening asking if she would amend the Keeping Children Safe in Education guidance to include the issue of sexual harassment and sexual violence in schools.

This recommendation was from The Women and Equalities Select Committee. Evidence has shown that young people’s first sexual experience is less likely to be against their will if they have had access to good sex and relationship education (SRE).

Young people who experience abusive behaviour can be led to believe it is acceptable and these ‘norms’ can be carried on through to adult life. Teaching and intervening at an early age could make young people safer and less open to abuse.

We need robust action to ensure this issue does not have to be faced by future generations. It has no place in our society and is an obstacle in the path to achieving equality. Please continue to encourage people to talk openly and honestly about violence against women -; it needs to stay at the top of our agendas.

To mark the day I have been wearing a White Ribbon. For more details about the The White Ribbon Campaign please click here.