Vicky welcomes The 999 Club to Parliament 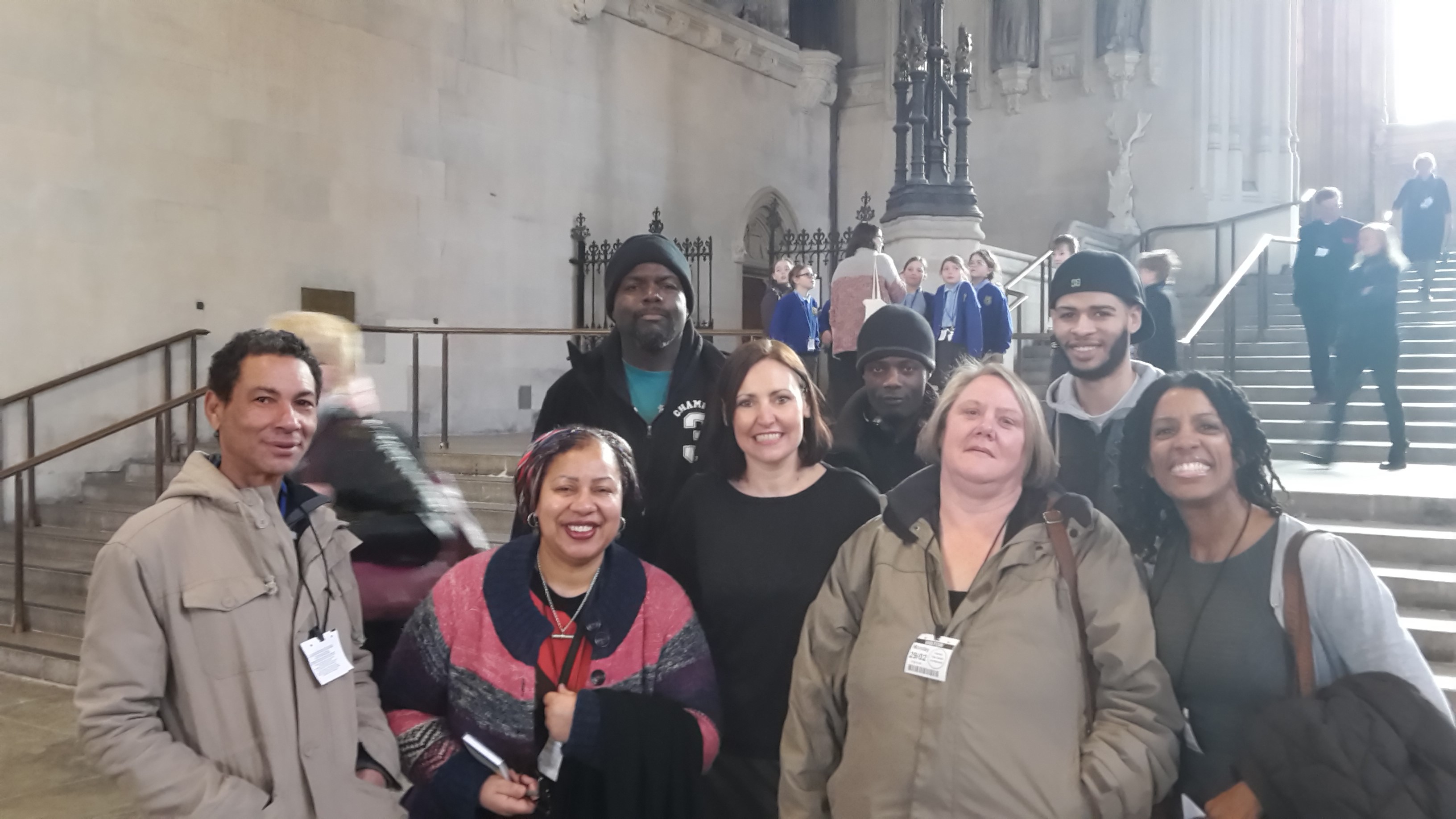 The tour was attended by Jean, who uses the charity’s Day Centre, and Allen, Stewart, Edward and Revington who are all currently staying in the 999 Club’s night shelter. After the visit, Edward, who at 23 was the youngest member of the group, mentioned that he now felt that being an MP was a possibility for him, and he would like to speak up on other people’s behalf.  Revington said, “It was a real privilege to go in the House of Commons and the House of Lords and to see all the history and the statues”.  Vicky is now hoping to organise subsequent tours with the 999 Club in the coming months.

“I think that the 999 Club’s commitment to engaging their service users in the political process is fantastic”, said Vicky. “It is no surprise that homeless people feel disenfranchised and left out of the political process. But with homelessness on the rise throughout the UK, up by a third in the last year alone, it is important that everyone understands the relationship between the government’s policies and the rise in people sleeping rough or living in temporary accommodation”.

There is no national figure for how many people are homeless across the UK, but according to the charity Crisis it is thought that the number of rough sleepers has more than doubled since the Conservatives were elected in 2010.

“Our idea of homelessness needs to be redefined” argues Vicky. “Being homeless does not only include rough sleepers. It includes the thousands of people who sofa surf, who rely on families and friends or who have no permanent home of their own. With cuts being made throughout all sectors of our society, alongside a severe shortage of affordable homes, we all need to understand how close many of us are to being homeless ourselves.”

“Homeless people are historically unrepresented. A lot of people aren’t sure if you can even vote if you do not have a permanent address. It is important to make sure homeless people know that they do have a right to vote, and that by exercising their democratic right, they have a chance to change policies which have such an impact on their lives.”

For more information on the 999 Club, you can visit the website here, and their Facebook page here.