Vicky Foxcroft has put her support behind the British Youth Council’s Make your Mark Campaign.

The Campaign, which is in it’s fourth year, will see hundreds of thousands of young people go to the ballot box to decide the priorities for the UK Youth Parliament for the upcoming year. The issues that top the poll will then go to the House of Commons for the British Youth Council’s yearly debate, which will be chaired by Speaker of the House, John Bercow. 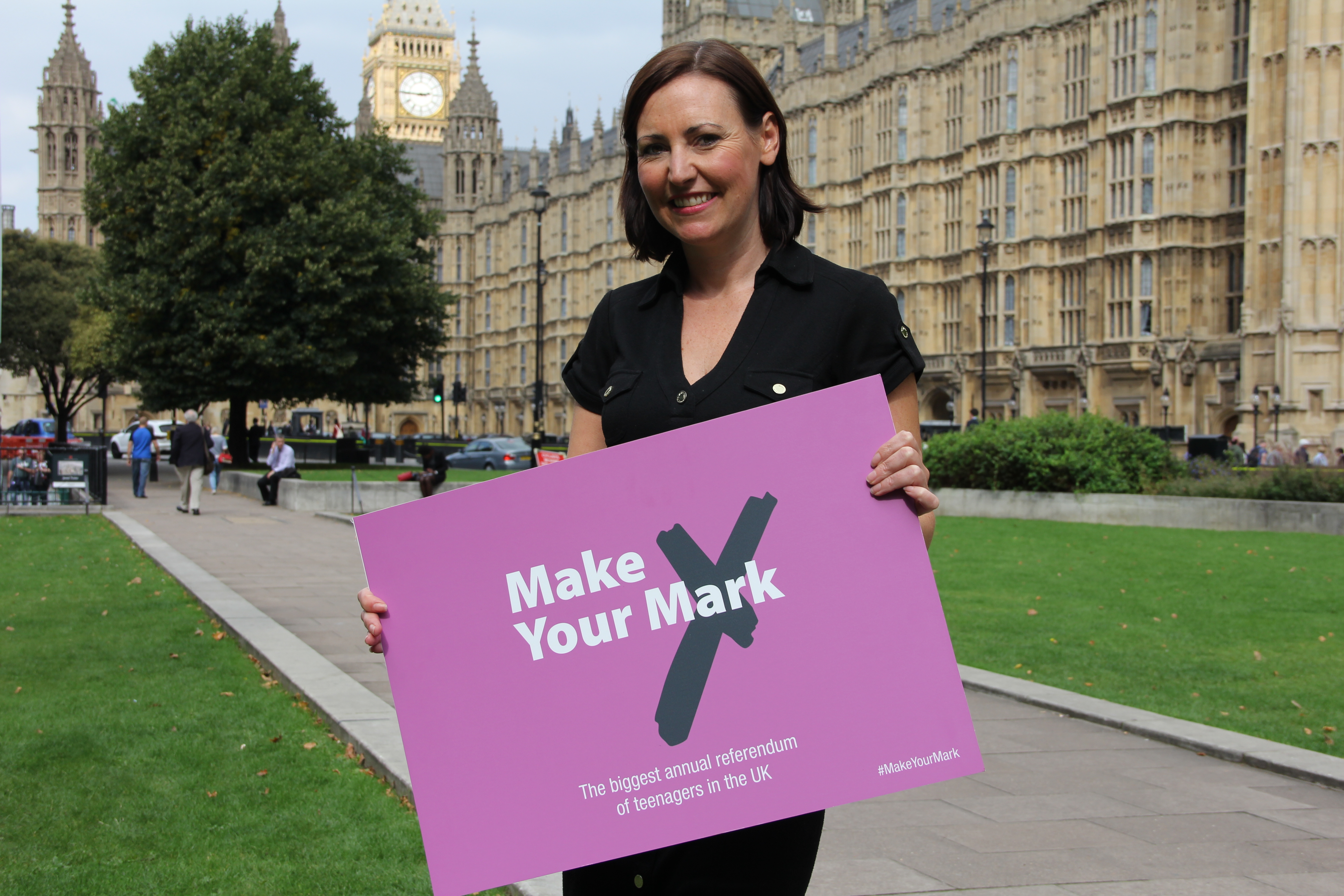 Last year nearly 900,000 young people voted for their priorities, which this year span ten different subjects, from discrimination of faith to climate change. Organisers are hoping to see 1 million 11-18 year olds go to the ballot and vote.

Vicky said “The work of Make your Mark is so vital to the engagement of young people in politics, it’s a great way for young people to show how engaged they are with issues in their communities and to make politicians recognise their concerns.”

“The success of Campaigns like this show how it is now time to give young people a greater say in our politics and make it truly representative of everyone in society.”

This comes after Vicky’s Private Members Bill (The Young People’s Enfranchisement and Education Bill), which grants votes at 16, had its second reading on Friday September 11th. The bill will now be heard again by the House on the 23rd of October.