This morning I spoke at a South east London Chamber of Commerce event to highlight the crucial role the business community has in the success of an area. 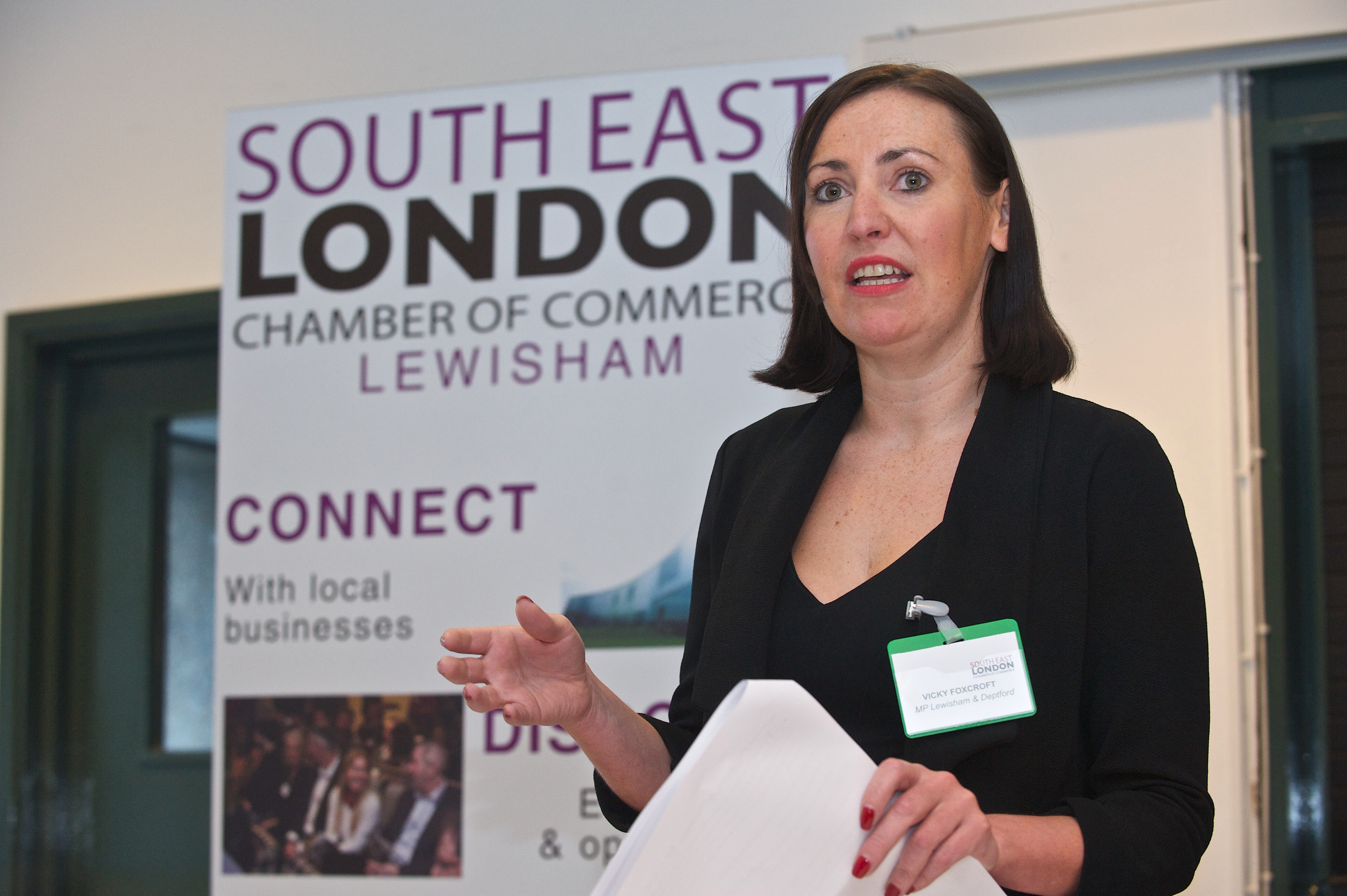 It has the ability to transform a struggling region with a stagnant local economy into somewhere desirable with a prosperous community.

I started by talking about my constituency, Lewisham Deptford

We have so much to offer. We are a booming multi-cultural hub with thousands of international students, the arts and culture in the area is enviable -; with the Albany attracting people from across London and Midi Music based in the heart of Deptford.

We’ve got great community spirit, Save Lewisham Hospital campaign was a great example of how everybody came together to fight for a worthy cause.

And some fantastic businesses

Whilst we progress and expand, we must consider what type of environment we want to live in, I believe a compassionate borough that works together and looks out for one another will thrive.

We need to make careful thought-out decisions when it comes to regeneration. Considerations need to be taken into account such as; how local people will benefit? How we make sure we still have that community feel? And most importantly where can we place the Deptford anchor?

Putting local people first should be our priority, too often you see gentrification of areas that cause divide and tension, with people on low incomes being priced out.

Lewisham is the forefront for many innovative ideas, the pop-up village in Ladywell is a UK first. This laudable initiative from designers is about providing for the local community. It houses families who would otherwise be forced to live in B&Bs in other parts of the capital.

Housing is my largest case load, so many people get in touch with me struggling with serious issues. In Lewisham alone we have 9,135 households on our housing waiting list, 540 of them in temporary accommodation in B&Bs – most of these outside of the borough, many of them hours outside of London.

The pop-up village in Ladywell provides homes and business space that can be picked up and moved at a later date. The first businesses have just started moving in to the new development.

This is the type of project we can learn from, it encourages people to think in different ways whilst having a positive impact in the community.

Another local bit of brownfield land is to be developed into a new site for 49 new homes. The Loampit Vale site will provide 18 homes for social rent, 19 for private sale and 12 available through Shared Ownership. Regeneration schemes have brought more than 1,000 new homes to the area, but too often genuinely affordable rent is excluded from new developments.

Lewisham is seeing big changes, and with the prospect of further development it’s important we make sure construction jobs are going to local people and that we consult the public and minimise the negative impacts upon neighbours.

Unemployment in Lewisham is higher than the national average, last month we had over 2000 people looking for work. That could mean a choice of 2000 potential employees.

We have such a huge pool of talent, with over 38,000 students from Goldsmiths University of London, Lewisham Southwark College, and many smaller organisations, all with something to offer, a future employee, a customer, or perhaps someone who will spread the word.

However, around 40% of the working population have jobs outside the borough, with most leaving to start their careers elsewhere.

Building strong links between local businesses and the education sector will encourage people to stay. It will help create a more cohesive society and enhance the profile and reputation of your businesses.

Lewisham council runs a work experience scheme that local businesses often get involved in, with approximately 2,500 placements. This is another great way to help young people gain practical experience and help increase motivation.

Hiring local talent will enriches the area, it might also help in reducing pollution if the office is within walking distance

Apprenticeship schemes are a great way of employing local people, with 86 per cent of employers intending to continue offering apprenticeships in the future.

They encourage a dedicated and loyal workforce, improve staff morale and a company’s image in the sector. Young people are grateful for the opportunity and willing to learn. They can bring fresh energy and generate new ideas.

Lewisham Southwark College has a wide range of apprenticeships, from carpentry to engineers, catering and events, administration and communications and hospitality.

And it’s a scheme that could be used so much more, in the past 4 years, apprenticeship places in Lewisham and Deptford have fallen by 17%, we want to see numbers rising again.

With today’s high unemployment hitting the UK’s young the hardest, now is the time to make a difference to the community, local businesses can make a direct improvement.

Now, I know I have spoken a lot about local people, as you might be able to tell I’m very proud of my constituency and want the best for the people in it, but the success of the area will also be defined by who we can attract.

Lewisham Shopping Centre has seen a 7% rise in footfall since the Docklands Light Railway extension came to the area.

Transport is fundamental in drawing people in to the area and luckily we have location on our side.

However, since becoming an MP, I have received hundreds of letters, emails and tweets about the state of transport in our constituency. Across Lewisham Deptford, from New Cross to Hither Green, residents continually suffer overcrowded trains, delays, cancellations and generally poor service.

I am committed to campaigning for better transport in Lewisham Deptford. I have been working with councillors and neighbouring MPs, speaking to local transport users groups, setting up regular meetings and lobbying the Department of Transport until we see vast improvements in the area.

We are beginning to see progress at Crofton Park station, but with more people moving to the area many services are still dangerously over capacity and there is still much to be done.

Transport for London has recently confirmed it will be taking the next vital steps to extend the Bakerloo line to Lewisham, delivering significant benefits across south east London.

Across the UK the productivity gap is widening, housing investment is failing and businesses are struggling to access the finance they need to invest and create the stable, secure and high-skilled jobs of the future.

And in case you hadn’t already heard, we’re leaving the EU.

There is instability in the market and Brexit has raised a lot of questions that are currently proving tricky to answer, which makes it increasingly difficult to plan ahead for many businesses.

Lewisham has benefitted from many EU-funded projects. The council has received over £1.5m funding since 2000, for projects ranging from environmental improvements to rivers to training BME business advisors.

Almost 70% of people in the borough voted to remain.  And since June I’ve had many messages from people concerned about their future.

So in the months ahead it will be my role, within the Labour party to scrutinise the Government as it negotiates the UK’s withdrawal agreement with the EU.

Protecting jobs and rights for workers is fundamental in our negotiations, as is access to the European market, and protecting our universities, and securing that vital funding.

89% of businesses In the UK are considered small businesses, in Lewisham the amount is higher at 95% – But no matter what size your business is, you really do have the power and ability to create a healthy living and working place for us all.