Have your say: My response to the South East rail franchise consultation

The Department for Transport is currently seeking responses from the public to their consultation on the future of the South East rail franchise. The deadline has been extended and the consultation now runs until Friday 30th June so make sure you have your say before it closes.

The population is rising rapidly in Lewisham Deptford but rail services in the South East have so far failed to meet the pressures of increasing numbers of passengers. I want to see rail providers in the future tackling overcrowding, improving accessibility at stations and creating a more reliable service overall.

I submitted my response over the election campaign last month. The key points I have raised in my response highlight the need for safer platforms, more accessible stations and longer, more frequent trains at peak times.

I have also voiced my opposition to the plans to replace services from Lewisham to Victoria and Charing Cross with services to Cannon Street only, as part of the Government’s proposals to simplify routes into Central London. These proposals have been met with widespread opposition, with an online petition reaching almost 29, 000 signatures. I believe plans to cut services to Charing Cross and Victoria will leave commuters with much less choice and I hope the Government rethinks this aspect of the consultation.

Make sure you have your say, as the consultation closes this Friday on 30th June. You can read the full consultation document here and you can respond online here. You can also email any comments you have via email to BetterSouthEastern@dft.gsi.gov.uk.

You can read my full consultation response here: 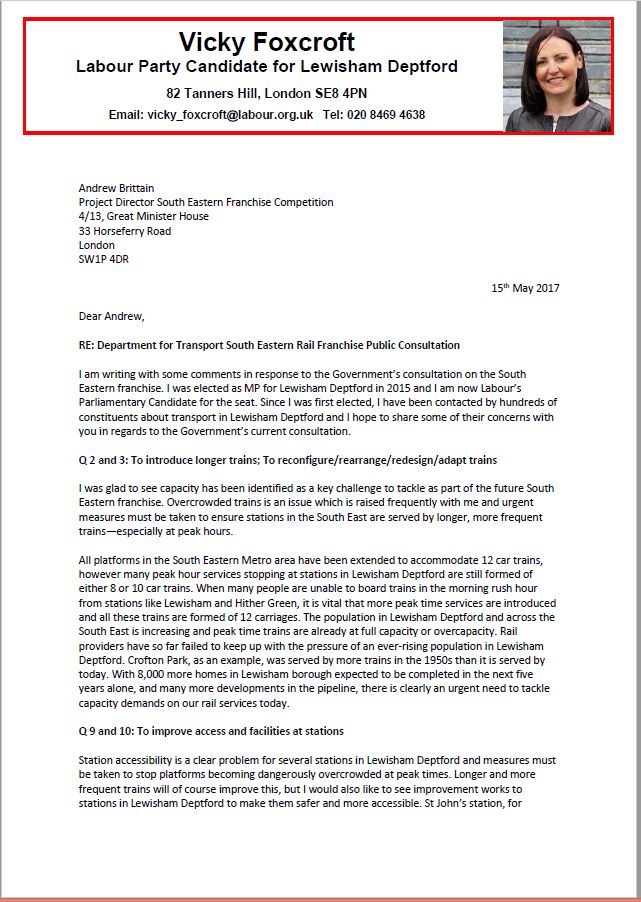 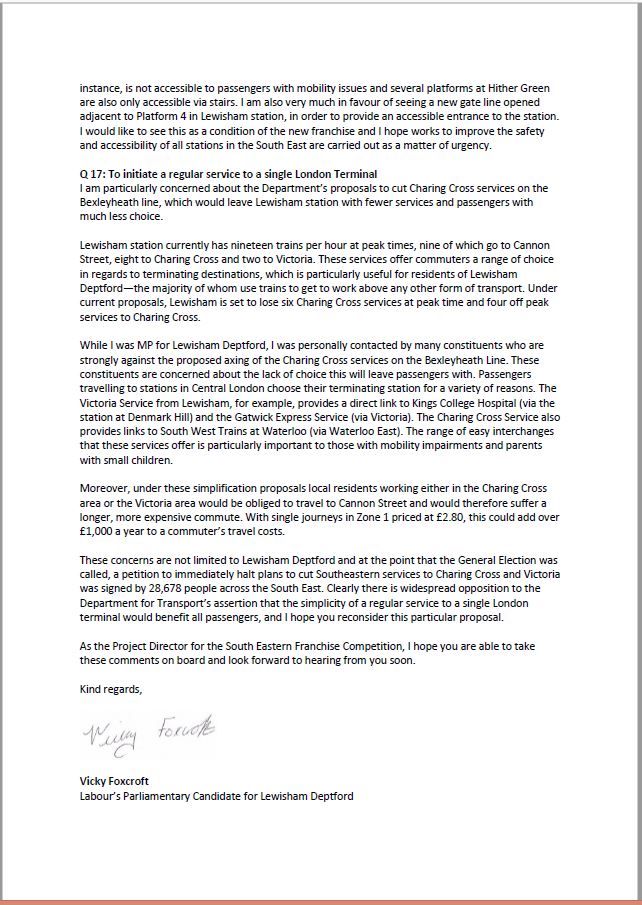