Last week I spoke at a National Fair Funding for All Schools event at Edmund Waller Primary School in my Lewisham Deptford constituency. It was a public forum for parents, teachers, governors and councillors, organised to raise awareness about the proposed cuts to schools’ budgets. 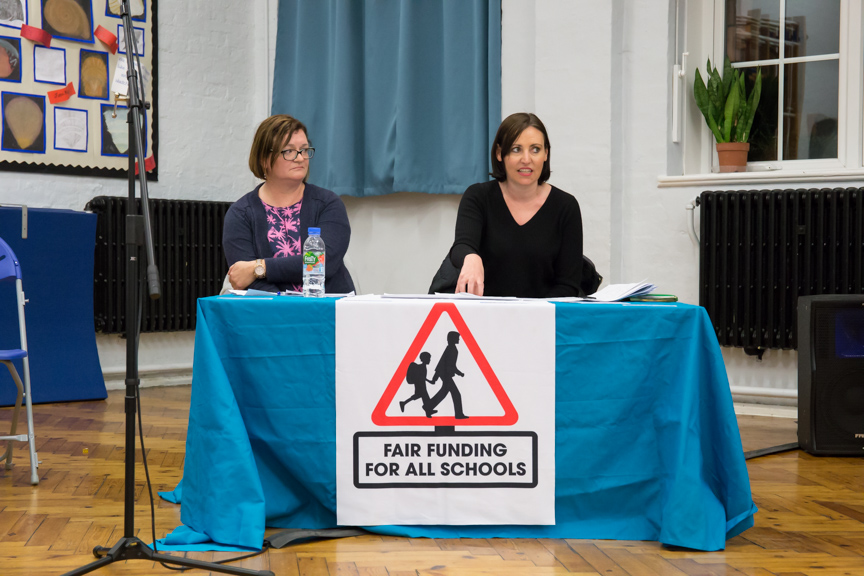 The Government has laid out plans for a new funding formula which would move money away from urban areas into rural ones. These changes, along with real terms cuts, would leave Lewisham schools hugely underfunded. Our area faces the highest percentage of funding loss, along with Tower Hamlets, Lambeth, Hackney, Camden, and other local authorities which struggle with high levels of deprivation.

The National Union of Teachers reports that by 2020 primary schools in Lewisham Deptford will see real term cuts of £4,957,847 and secondary schools will see cuts of £3,850,481.

This isn’t something ministers can ignore. The community is coming together on this one and our voices are getting louder. Our area has unique needs and faces challenges that are specific to us. We cannot let education standards slip because of these ill-informed decisions. Schools play a huge part in keeping young people safe and offer opportunities that help change lives.

Before Labour came to power in 1997, we had pupils being taught in classes which were far too big, in old buildings with inadequate heating. Schools in urban areas were vastly underperforming and there wasn’t enough provision for children with special needs. Labour invested in young people and transformed the education system. Absence rates reduced, there was a substantial decrease in permanent exclusions and there were strong signs of the attainment gap closing, with far more children on free school meals attaining five good GCSEs.

However, Labour’s fantastic progress is being undone by the current Government.  The Tories are breaking yet another manifesto pledge after promising that there would be a real terms increase in the schools budget in the next Parliament. This, along with the creation of new academies and free schools and a new generation of grammar schools, is destroying our education system as we know it.

This redistribution of an insufficient amount of money is a political decision being branded as an economic decision. It is a choice, and the Conservative Government is choosing to push ahead with free schools rather than protecting the existing ones which are the lifeblood of inner-city communities like Lewisham.

We’ve already seen an NHS winter crisis and a social care crisis – now it’s education’s turn. The Conservative Government are sitting back and watching as schools face a budget gap of £3 billion, and our pupils will be the ones to suffer. We will not sit back and watch the dismantling of our education system.