Kayla Sh’ay was recently elected as Young Mayor of Lewisham, the first female Young Mayor Lewisham has had for ten years. Tekisha Henry was elected as Deputy Young Mayor and third and fourth places went to Destiny Chapman and Riley Jhanji who will represent Lewisham at UK Youth Parliament. 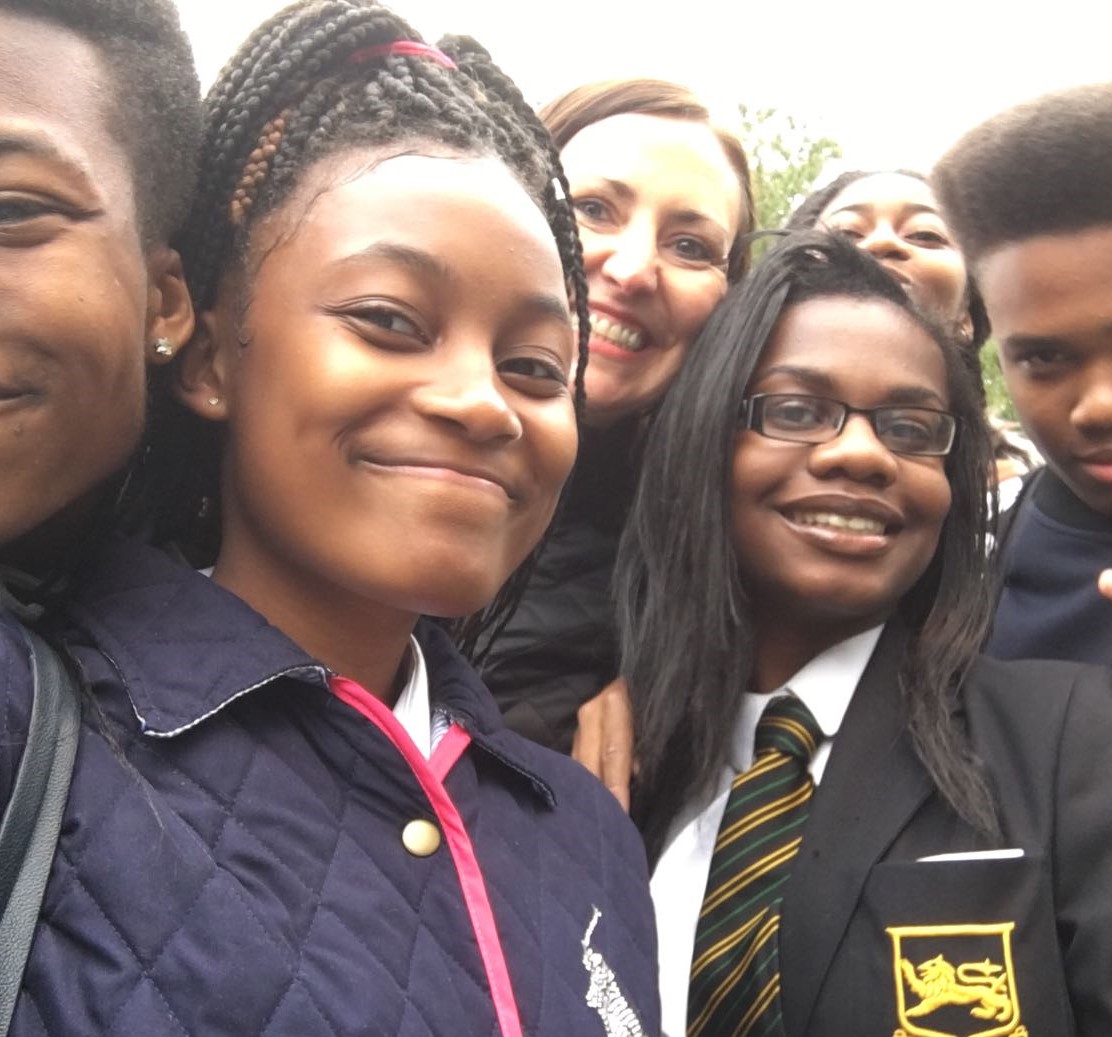 Here I am, just about squeezing into a photo with new Young Mayor Kayla Sh’ay (left) and Deputy Tekisha Henry (right), while they were on the campaign trail in Deptford a few weeks back.

I was lucky enough to recently meet Kayla, Tekisha and some of the other brilliant Young Mayoral candidates while they were campaigning across youth centres in Lewisham earlier this month. Kayla and I spoke about some of the different issues she would focus on if elected and I’m looking forward to working with her team and seeing her plans for Lewisham develop throughout the next year.

The Young Mayor scheme in Lewisham has been a fantastic success since it started over a decade ago. Throughout Kayla’s year in office, she will have a budget of £25,000 to spend on priorities identified by the young people she represents. She’ll have mayoral advisers to help guide her, but essentially this is a youth led project for the young people of Lewisham.

It’s also been a great way to see young people engage in politics in a way where they can make real changes to their community. This year we had 31 fantastic candidates, who all showed a passion for making a difference locally and a real understanding of the kinds of issues that need to be tackled for young people in Lewisham. I have no doubt that these are all names to watch out for in the future.